In Memoriam: Remembering Kathy Carroll
A Giant in the Field, an Even Bigger Heart in Life 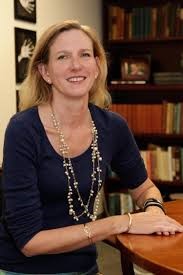 Kathleen (Kathy) M. Carroll, PhD, a clinical scientist who made ground-breaking contributions to improving treatments for individuals with substance use disorders, died unexpectedly after a brief illness on December 28, 2020. She was 62 years old. At the time of her death, Kathy was the Albert E. Kent Professor of Psychiatry at the Yale School of Medicine and the Director of Psychosocial Research in the Division on Addictions. Kathy is survived by her daughter, Kate; her brother, John; her mother, Barbara; and her husband, Geoffrey White, and his daughters, Natalie and Carla White. Her Yale team, too large to mention by name, embraced Kathy as family. She is uniformly recognized as a brilliant scientist and leader in the field, but to those of us who knew her well, she was so much more.

Kathy possessed a rare blend of brilliance, generosity, and humility that propelled a career spanning over 30 years in addiction treatment research. She graduated summa cum laude from Duke University, received her Ph.D. in clinical psychology in 1988 from the University of Minnesota, and completed her pre-doctoral training at the Yale School of Medicine. Following a brief stint as Instructor in Neurology at Harvard Medical School, she joined the faculty at Yale in 1990 where she remained for the rest of her career. Working closely with Dr. Bruce Rounsaville, she helped establish and subsequently led the Psychotherapy Development Center (PDC), the National Institute on Drug Abuse’s (NIDA’s) only funded Center of Excellence devoted to behavioral therapies research. Through Kathy’s leadership, the PDC became one of the most important sources of addiction treatment development and dissemination over the past 25 years, improving the methodological rigor of clinical trials research and leading to multiple clinical innovations that have impacted the lives of many struggling with addiction. Officially ending in 2020, the PDC produced over 1,500 peer-reviewed publications and launched the careers of dozens of independent investigators.

The depths of her contribution to the field of addiction are unparalleled. She has been Principal Investigator on over 100 research projects funded through NIH, with funding amounts totaling over $76 million. She authored or co-authored over 340 articles in peer-reviewed publications, with more than 50 chapters in major textbooks, along with several books and published manuals. Her Cognitive Behavioral Therapy (CBT) manual for cocaine use disorders, published by NIDA, has been translated to over 14 languages and implemented worldwide. Among the defining accomplishments of her career has been broader recognition of the efficacy, safety, and durability of behavioral therapies for the treatment of substance use disorders. She helped establish the Stage Model of Behavioral Therapies Development that facilitated important advances by defining stages of science for treatment development, from pilot testing of novel approaches translated from basic clinical science to efficacy testing via randomized clinical trials to effectiveness research based in community settings. The recent refinement of the Stage Model has been adopted across NIH. She received a NIH MERIT award for her work on the development of an effective web-based version of CBT (“CBT4CBT”), now validated in eight independent trials. CBT4CBT became one of the first evidence-based computerized interventions for a range of substance use disorders and is currently being adapted and implemented for various populations, particularly those from underserved communities.

Kathy served on several journal editorial boards, advisory boards, and NIH scientific review panels, too numerous to list. She served as President of Division 50 from 2003-04, and in 2005 received the Division’s Award for Distinguished Scientific Contributions to Education and Training. Most recently, she was an invited member of the National Academy of Medicine’s committee on medications to treat opioid use disorders and was a major author of its influential consensus report “Responding to the Opioid Crisis: Medications Save Lives”.

Kathy’s tremendous academic and scientific accomplishments are dwarfed by her kind, generous, and playful spirit. She was an outstanding mentor, fully committed to giving her time, her knowledge, and her support to lift those around her. She would be the first to praise others’ accomplishments, no matter how small, and never took credit for her role in those accomplishments. She had an amazing ability to find joy in everyday situations, especially in life’s most difficult moments. She loved swimming, art history, architectural history, hiking, and reading. Kathy was an expert on the works of Shakespeare and opera. She also had a fine sense of humor and loved a good prank. She was a lifelong progressive with great compassion for social justice and coupled anti-racist principles with her recent academic work on identifying and addressing racial and ethnic disparities in substance use treatment outcomes.

Kathy led with her heart - in the workplace and in the community. She maintained a decades old relationship with Christian Community Action (CCA), an ecumenical social service organization that provides help, housing, and hope to those who are poor in New Haven, CT. She contributed annually through efforts to provide for school clothing, Christmas gifts, and Easter baskets for children living in emergency housing. From her hospital bed one week prior to falling critically ill, Kathy reached out to CCA caseworkers to make sure that all the homeless children were cared for- and donated money for their Christmas gifts and other needs.

She will be so missed, for her abilities and for her goodness.

To honor her memory, Kathy’s family is suggesting a donation to the Kathy Carroll Memorial Playground fund at Christian Community Action, 168 Davenport Ave., New Haven, CT 06519. CCA has agreed to set up a creative, safe, and fun outdoor play space for the children in emergency housing. The following GoFundMe has been created to manage donations.