Finding Success in Failure: What Lessons Did You Learn From Receiving Critical Feedback From a Mentor or Colleague?

Please tell us about a time you received critical feedback from a mentor or colleague, what you learned from receiving this feedback, and what advice you might have for others who find themselves navigating this same situation. 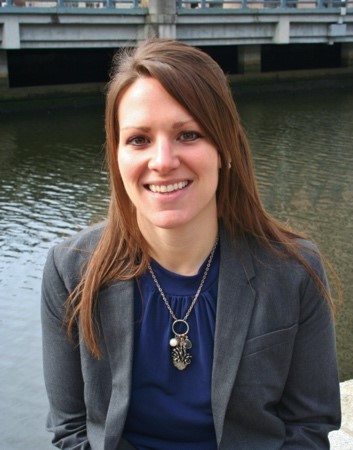 I’ll never forget my match day – the day I learned where I was going on clinical psychology internship. It was a top site, my first choice; and I could not have been more excited. In addition to working with an outstanding research mentor, I was going to meet and potentially work with a number of my “research celebrities” – people whose careers I had idolized and work I had been following for years. Sure enough, not long after internship began, I had the opportunity to meet a few of them and begin collaborating on projects. I ended up staying there for postdoc, and at some point during the first year of my postdoctoral training, I mustered up the courage to email one of my celebrities about a research idea. It wasn’t a slam dunk idea – it was a novel idea in an understudied and somewhat controversial area. But I was passionate about it, and I thought this person would be excited about it too. I was eager to open the email response, certain that they would welcome the idea of collaborating on it. Much to my dismay, my celebrity had some concerns about the research question and its unique contribution to the literature. I was shocked, deflated, and immediately tossed the idea aside. Not more than a year later, a colleague sent me an article they thought I’d be interested in – testing the exact same research question I had previously proposed! At first, I was angry at my celebrity for not being “more supportive.” But after a day or two, I was able to own the fact that I was the one who let the idea go. I hadn’t even responded to their email, which I know now was not intended to quash the idea, but to strengthen and refine it. Understanding how important feedback is to the scientific process, I will never ignore or disregard constructive criticism from my colleagues and collaborators; however, if I’m passionate about an idea, I will certainly give it more than one email. 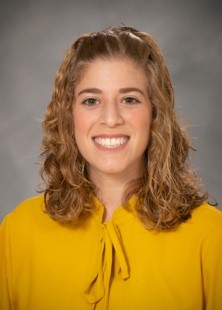 As an undergraduate student, I worked in a lab as one of 15 research assistants (RAs) and four project coordinators (PCs). After six months in the lab as an RA, I became good friends with one of the PCs and she mentored me to become one of the PCs for a new study that the lab was starting. In this role, I was now managing the RAs while they collected data. Collecting data with a participant took about four hours, so it was critical for RAs to practice their part of the data collection (e.g., administering Biopac equipment) during the week. Being a sophomore at the time, I did not recognize how important it was to collect data accurately. My inexperience led me to worry more about what the RAs thought of me as a leader, rather than holding them accountable to practice their tasks. One day we all played hangman for hours in the lab when we should have been practicing. I left that day feeling like I accomplished my goal of earning the RAs friendship.

A couple weeks later I was called into the principal investigator’s office and with a stern voice he told me he was disappointed in my lack of leadership. I remember feeling like I wanted to burst into tears, hide behind the tall stacks of articles that were piled high on his desk, and beg for him to keep me on as PC so I could prove myself. The conversation ended with the stipulation that I not have any more “slip ups” over the following two weeks in order to keep my position as PC. I felt nauseous as I stepped out of his office, but also determined to improve myself as a leader. Then…I wanted to know who “ratted” me out. I went to my friend who mentored me, and she said she did not know. I went to the RAs I was playing hangman with and they didn’t know either. Eventually, I stopped searching and focused on leading my team to recruit more participants, perfect our use of the physiological instruments, and practice our “lines” for the conflict and confederate tasks. After a few months of successfully meeting all my responsibilities as a PC, I found out that my friend who had mentored me was the one that told the PI. I was shocked and confused. However, after taking some time to reflect on the situation, I understood why she did it. Both the PI of the lab and my friend wanted me to succeed and the key to success is feedback. I’ve held this mantra in my head throughout every academic experience and I continue to remember it as a current clinical psychology doctoral student. It helps me embrace all of the feedback I get.

My advice to current students is that developing professional skills is lifelong and it is OK to make mistakes and receive feedback along the way. Embrace the feedback you get, rather than give up.

In line with the recent trend of prominent academics and clinicians sharing their “CVs of Failures”, we want to hear about a time in your career that things didn’t go your way. For this next issue, I am hoping someone will share with our readers about a job or position that was not received. We are interested in learning how you handled not getting this job or position, what you learned from this experience, and what advice you might have for others who find themselves navigating this same situation. Please limit responses to 500 words and send to dana.litt@unthsc.edu by June 1, 2021.